From 6th of June until 8th of June 2019 the IRONORE2019 Discussion Based Exercise (DBX) took place in Austria. More than 50 participants, role players and support staff were preparing themselves for the upcoming full scale exercise in September 2019. The main scenario, an earthquake, was the same as we use for the exercise in September.

“A heavy earthquake with a magnitude of 6.8 on Richter scale, a depth of 8 km and a macro seismic intensity 10 on the European Macro seismic Scale (EMS-98) with epicentre nearby Leoben occurred in Styria, Austria on 4th of June. Main parts Styria and parts of Upper Austria, Lower Austria and Carinthia are affected. The most affected area is situated in and around the village of Eisenerz. Eisenerz is the main mining area for ore mining in Austria and is located northwest of Leoben in a valley in the eastern part of the Austrian alps. Around 61.000 people living in the district of Leoben and 4.300 directly in Eisenerz.”

With this briefing the particpants started into their preparations and followed the real mission cycle. Request fro assistance, mobiliziation, arrival on site and planning their operations have been simulated within the three days of the exercise. The teams were coached and guidd by experienced trainers to reach the training aims and objectives. To give them a good impression of what they can expect in September, the 3D virtual reality simulation from XVR simulations software was used for virtual assessment in the most affected area of Eisenerz.

At the final day all teams presented their succesful developed plans of action to the representatives from the regional government of Styria and the district government of Leoben. A discussion based exercise is a very innovative approach to train teams and participants. The good mixture of following the scenario in a kind of table-top exercise combined with workshops create an open and friendly learning environment. 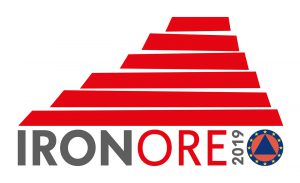 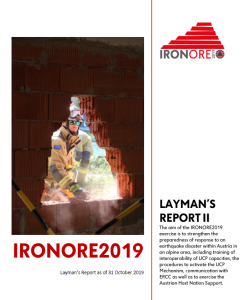 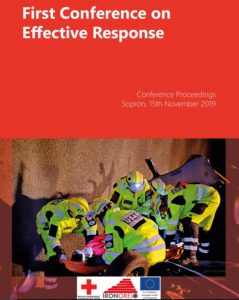 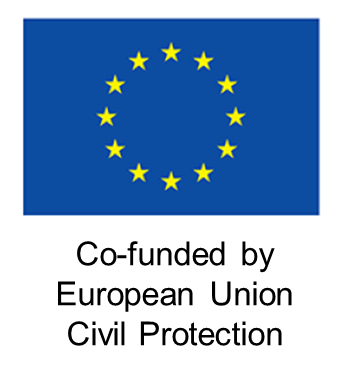